This summer's been built around chemotherapy sessions for my husband-- whose surgery to remove the much-diminished cancer in his thigh occurs tomorrow-- the end, we hope, of a long, stressful ordeal.  Each month, Howard had two weeks of chemo. He lost his hair and sunburned easily, but it was nice that after the first round, he was able to take the chemo at home. 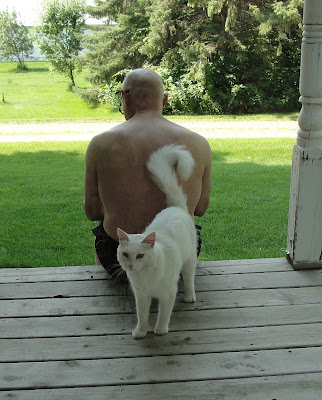 The ordinary life that occurred around that challenge was mostly vegetable gardening with my daughter, lamb and sheep-tending and selling, and a few trips to and from the airport.

In June, Em went to Hawaii-- the neatest program a country kid could win, if they truly have an interest in sciences related to agriculture.
She plans to major in biology in college, and the (free) Ag Discovery program for high school students, put on by the USDA's APHIS (Animal and Plant Health Inspection Service) at universities around the country, was right up her alley.  She got accepted to the 3  programs she applied to-- and her mom convinced her to pick the Hawaii trip.  Why not? 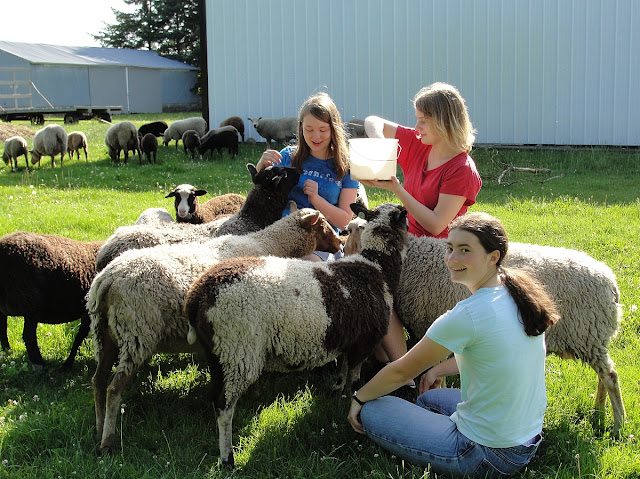 When she returned, she had two school friends out to see the farm.  They live in a suburb 25 miles away, where Em attends school.
I don't think they'd ever fed corn to sheep so that they could pet them, before this.

Emily insisted on vegetable gardening this summer, though I'd have skipped that work for a year.

We sold sheep left and right this summer, easily.  Who knows why? The economy picked up and people felt freer to start new flocks on new family farms?

Some were for hobby flocks, some were pets, some were fiber animals, and I was unable to fill a commercial breeder's order for 10-12 Finnsheep ewes.

The buyers are always nice people, and I was happy to send some of my mature animals to good homes.  It was our fear that cancer might make us disperse the flock in a hurry, and that often works out badly for the animals. 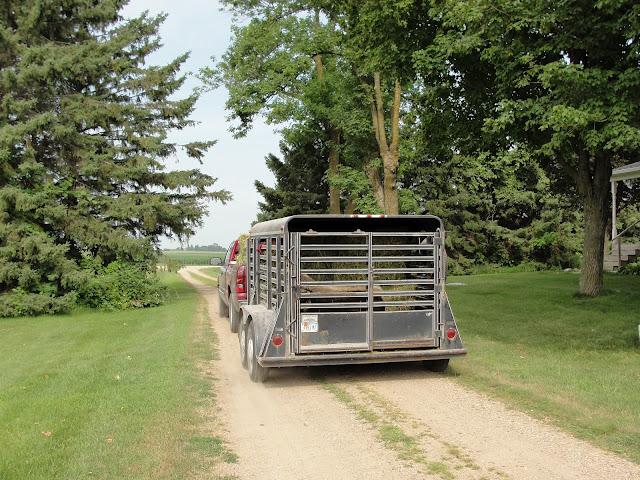 We are delighted to have a much smaller flock now, knowing that two mature rams are happy in Iowa, and that my old best friend ewes, Candy and Maple, are clearing a forested homesite up near Canada.

Everyone keep their fingers crossed for Howard's recovery, as we hope for an easier year to come at Little Red Oak Farm!