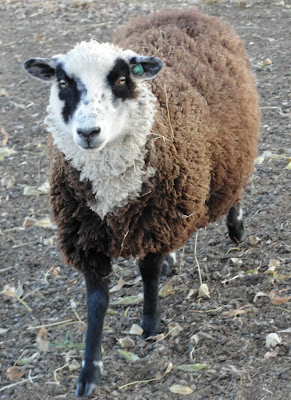 The sheepies are getting winter coats on; they still like to sleep outdoors here and there around the barnyard.
This is Candy, a stunner who didn't like us until midwinter her first year.
Emily fed her and a few other ewe lamb companions their hay in a small barn-- then sat in the middle of the hay until gradually, she touched each one, then stroked, and then mesmerized them.

Now Candy is our pal.

Here are a few of this year's ewe crop that we are keeping:  the spotty one, far back, is a finnsheep, Nappylainen.  Love those spots and all else about her. 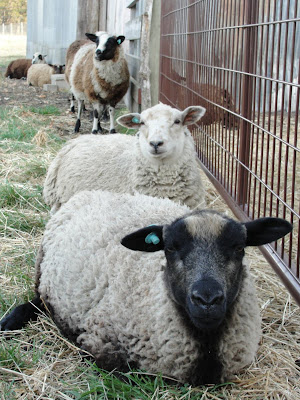 Bluebell's white, phaeo-spotted daughter, Trillium is next.  Looks just like Bluebell as a lamb.
I love her.
In front is Nina, a sweet little ewe lamb out of Boston Lake Niav and Kimberwood Harrison.
It was hard to let Trillium and Nina's mothers move on to other Minnesota flocks, but we did.
The consolation prize is having girls who look just like their moms, and are just as friendly.
Halloween!  Emily was a "mage"-- she tells me, an enchantress.
But she had a minute to plink out some piano tunes before her night out. 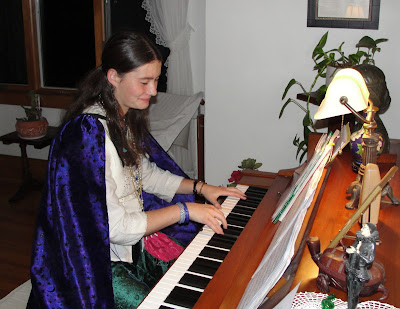 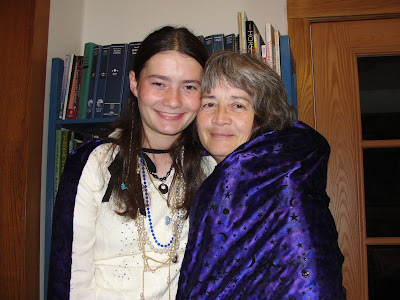 moment to hug her mama, who wrapped up in the lovely cloak Auntie Iris made.
We have had a very dry autumn in Minnesota.  I got so mad at crows drinking from my ewes' water pail, until I saw bluebirds doing the same, one day.  A flock must've been migrating, as there were about 30 bluebirds all in one group, taking turns at the "fountain".  I sneaked outside with a camera and hid behind the pumphouse to capture this: 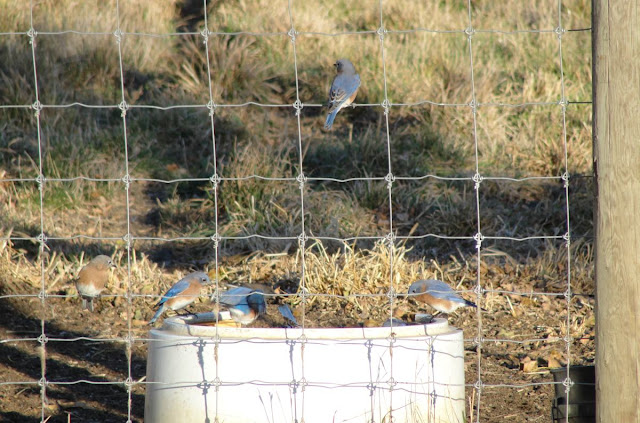 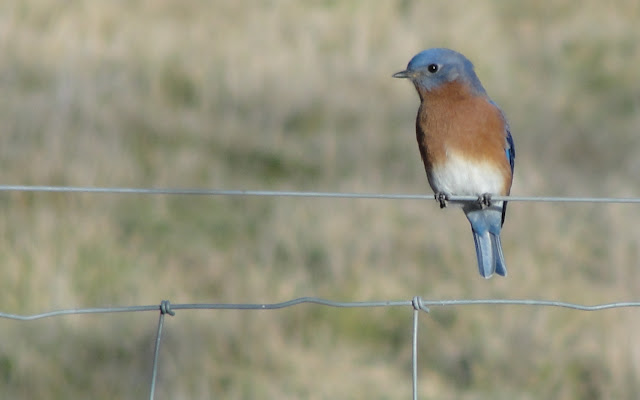 I have been extra busy taking care of my elder mom, post-op from a big surgery-- but she's mending now--
and at this late date, I've been selling ewes and rams left and right!  How strange, so late in the season-- but how nice to have my flock the size I want it to be!
Happy Thanksgiving, everyone!
Posted by Gail V at 9:58 PM 2 comments: